I've been visiting immigrant mothers and their children from Central America at a nearby "detention center" (AKA JAIL) who are seeking asylum in the US from violence in their homelands. I also help with overnight hosting when families have finally been released on bond with permission to continue on to a family member in the US who has committed to host and assume responsibility. This mother and her two kids spent 3-1/2 months in detention and were released shortly before Christmas. They had a 3-day bus journey (7 different buses) to NYC. I used a photo I'd taken as we were leaving the house and headed out the door to the bus station in San Antonio as the basis for mr belated art reflection. 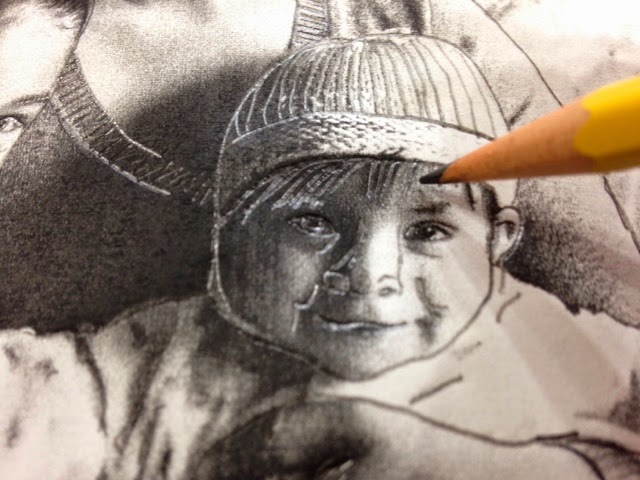 Put carbon paper under the photo and trace over the picture. 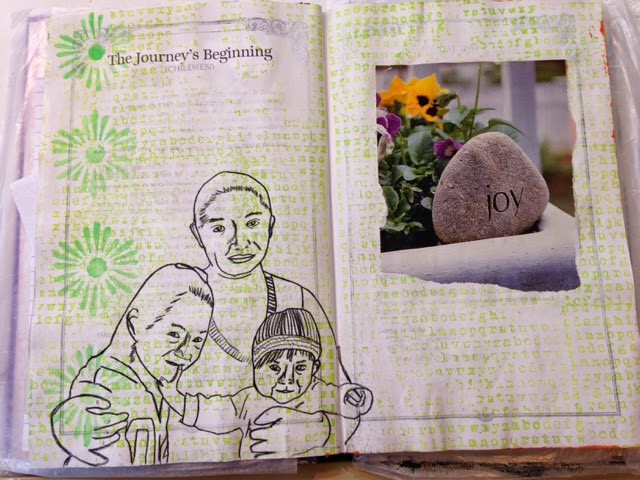 Re-draw over the carbon lines. I used a watercolor pencil and then blurred the edges of some of the lines. I kept seeing an image of a bus in my mind so I added a line art tracing of a bus. 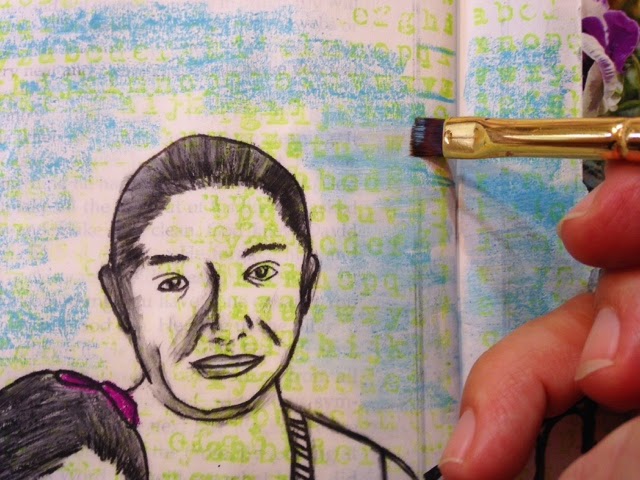 Add colors and stamps and stenciling to continue the mixed media reflection.