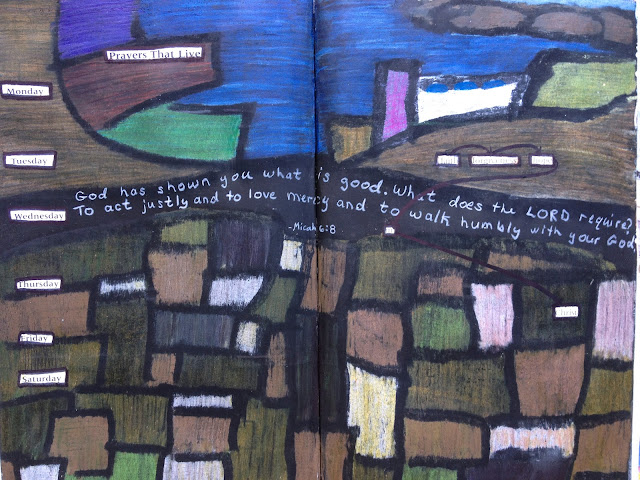 "The Great Divide" is my theological reflection in an altered book art journal from my two week vacation to Los Cabos. I spent a day at Mision Alfa y Omega in one of the barrios. As we were leaving I noticed something that I had not realized in previous visits to this same location: it is possible to visually see the resorts areas from the barrios in Los Cabos, Mexico; yet the barrios are a world apart. One of the great barriers is language. English is the dominant langauge for the Cabo tourist areas, but persons born into abject poverty have limited opportunities to learn English as a second language.  It can be spiritually and emotionally draining to flip-flop between the affluence of the tourist district and the poverty of the barrios. I created "The Great Divide" as a way to process the stark contrast between the two worlds. 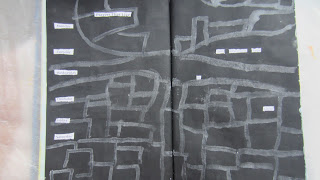 I chose a few words to leave exposed and then painted black gesso on two pages of my altered book art journal. Then I drew a representation of the barrios on the bottom half and the resort area on the top. They are separated by a wide line that represents the main street in the tourist district.
﻿﻿