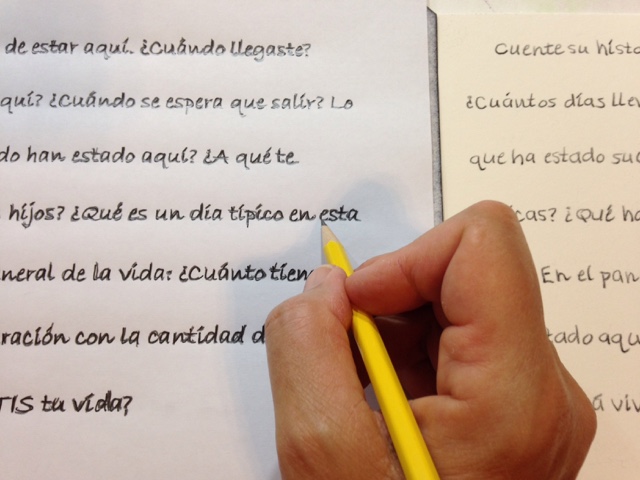 It has worked the best for me to teach mixed media art cross-culturally and bi-lingually to break the project into distinct steps/layers and to have a sample of each step/layer. The first step is often the most tedious because I often have the participants write (dump) about a particular life experience. This means I've got to write out that bottom layer x4 for each of the layered steps. Additionally, I've got to write it x4 in Spanish! My big epiphany today was realizing I could use an online translator, cut and paste into a Word Doc, print, and then use carbon paper to write over the copy x4. I cranked up some music and mindlessly copied the bottom layer x4! 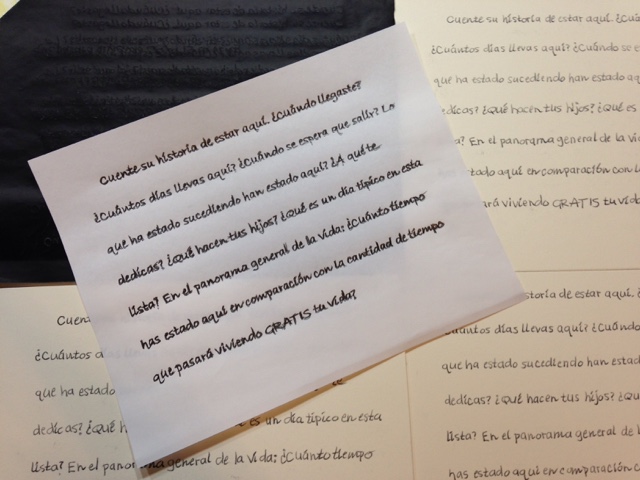 Next up I added a solid layer of watercolor to all four boards (yellow) and then added bits of color in orange and rust. 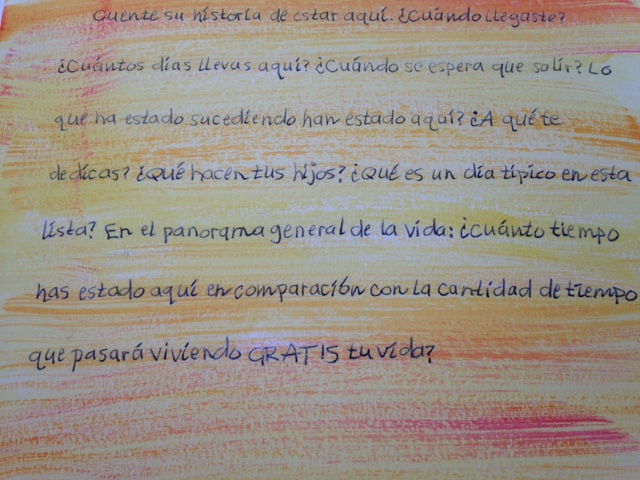 The bottom layer is now ready...x4!