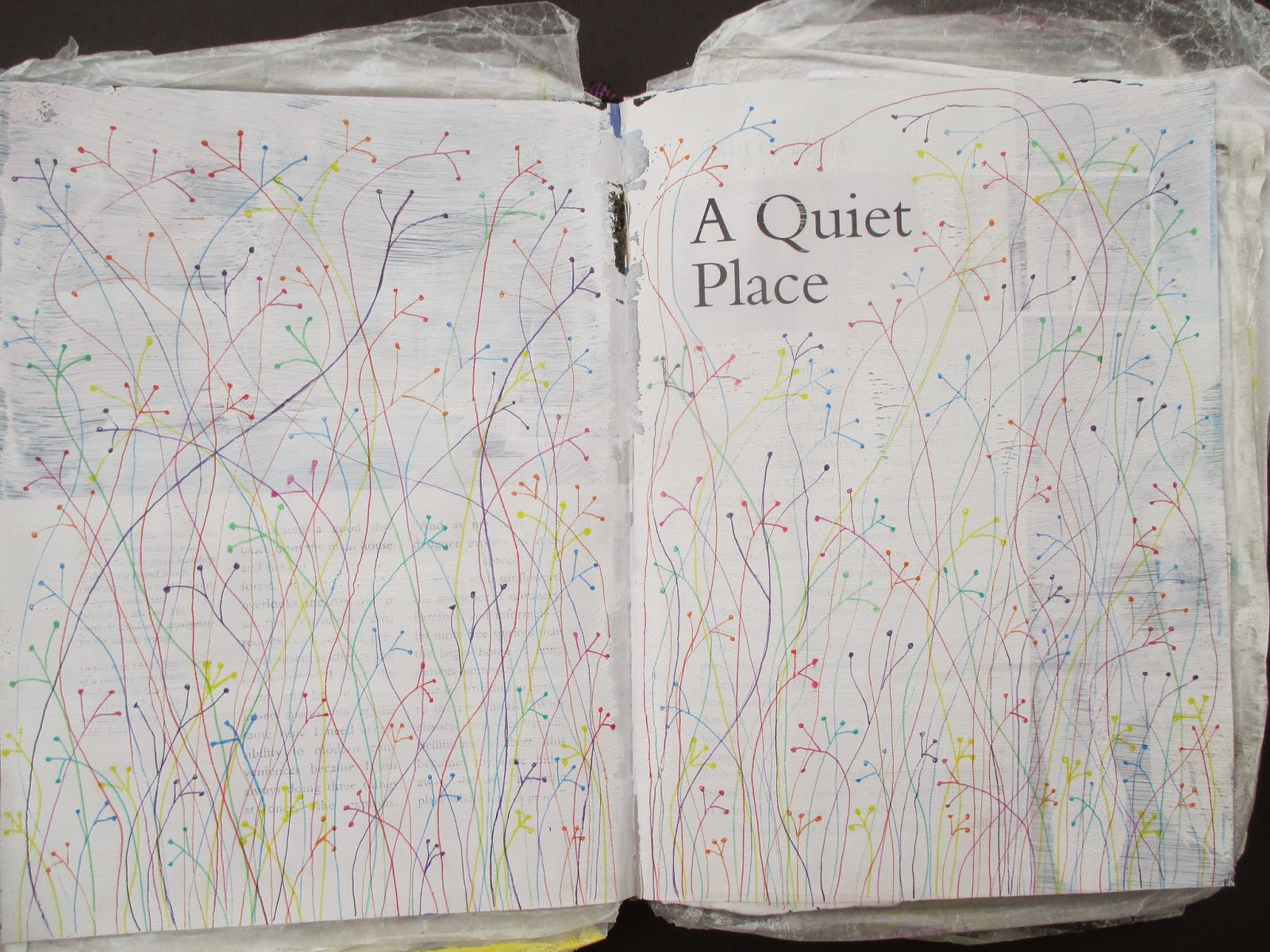 I filled the background of this journal page with a zentangle doodle called "blossom." Laying down the simple pattern using various colored micron pens filled a pleasing and relaxing art session. As my art journal became more and more full, this page consistently came up as an option to "do more." But I was never quite clear what that "more" might be because I liked the basic zentangle/doodle background. I decided to step up and embellish the doodle with oil pastels. Early into this action I was less than pleased because I had "ruined" the original base layer. Put bluntly: I didn't like the "new" art I had added. Major bummer. 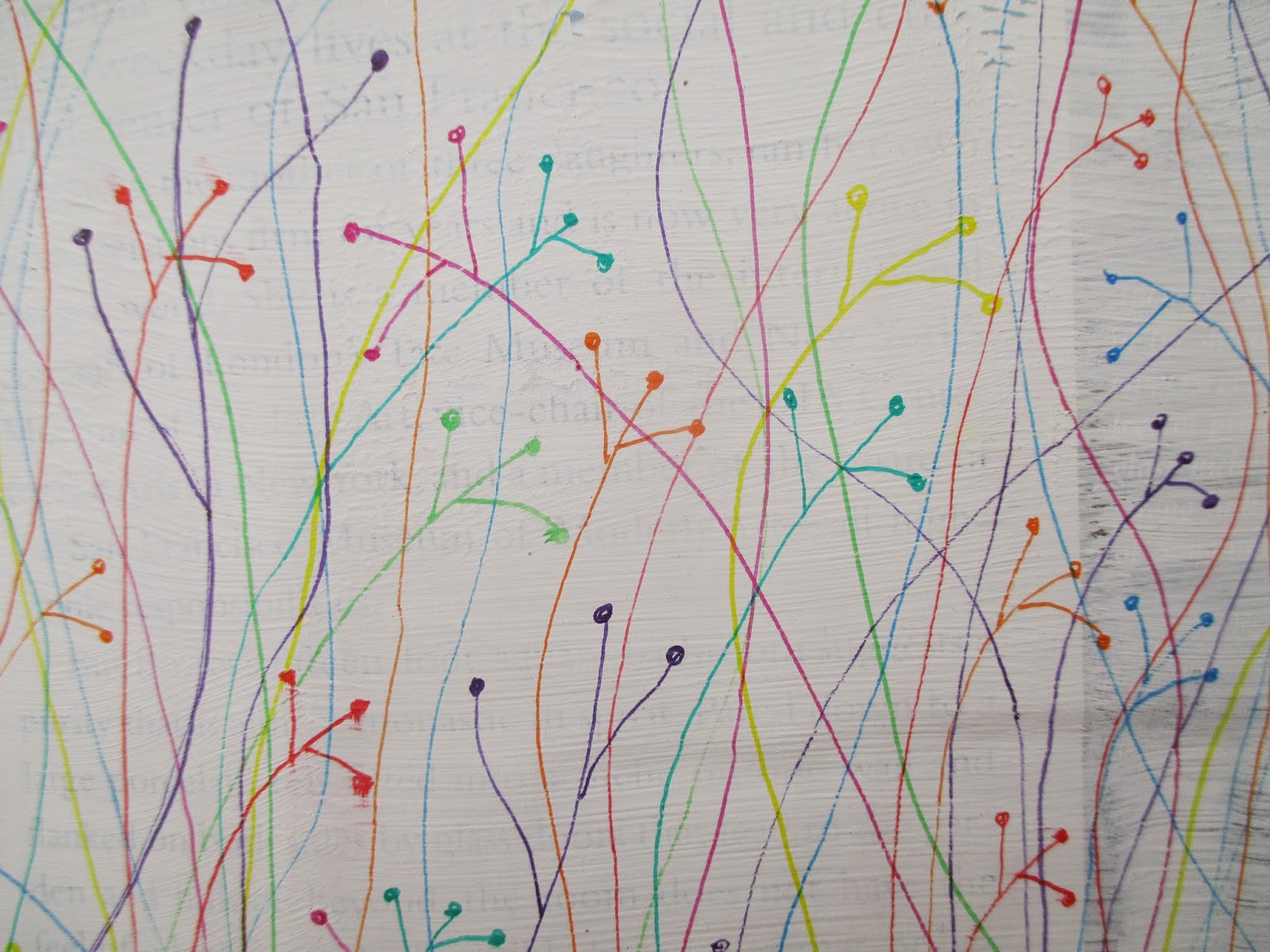 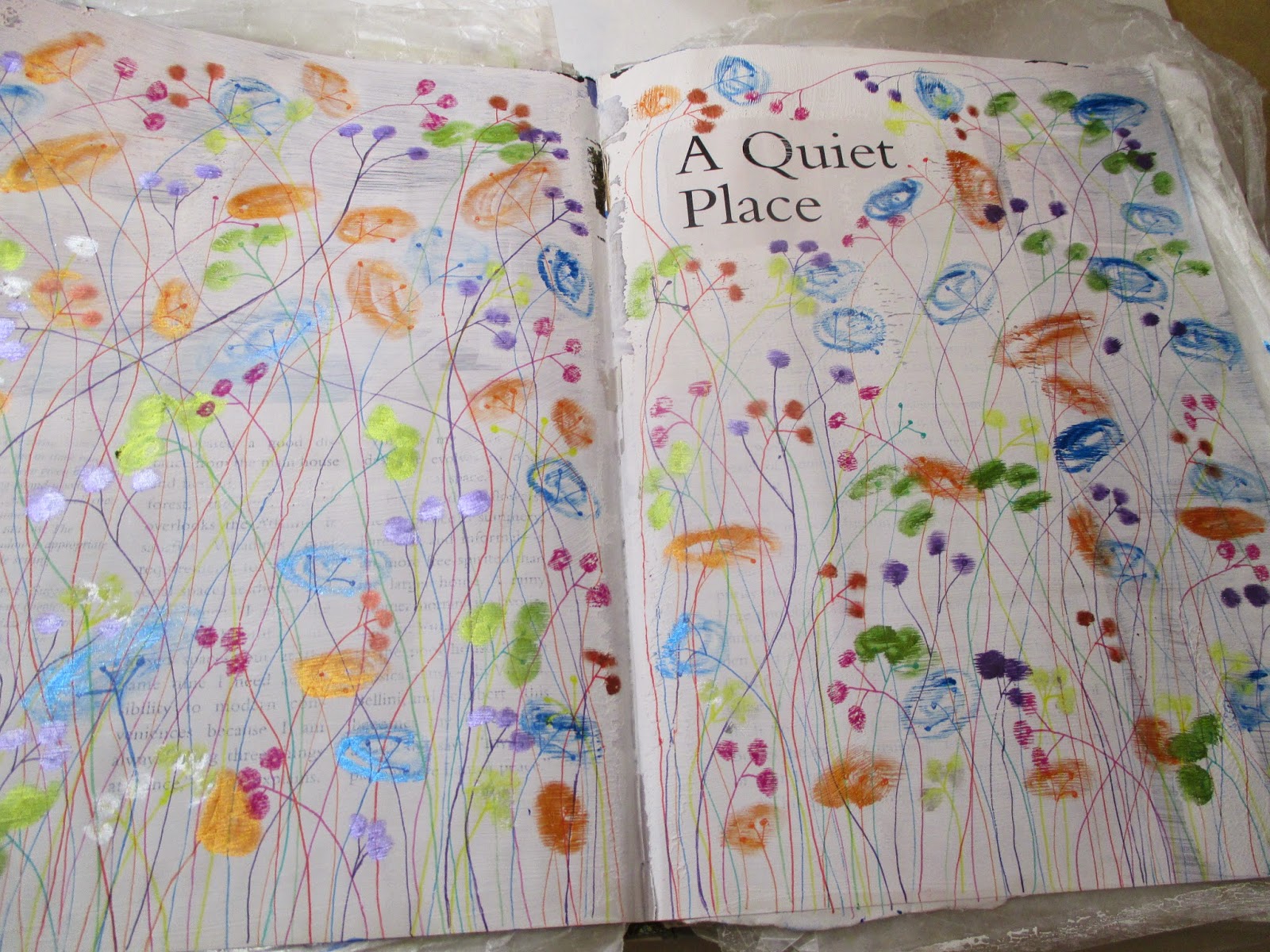 An important point in art journaling is to press on; don't stop once you do something that you don't particularly like. Keep going and see what evolves. So I continued my concept of adding oil pastels to all of the previous "blossom" doodles. It felt a little better...but I still liked the original (non-altered) page much more. Next step: do something radical and/or cover up significant portions. I chose a combination: radically cover up the altered background with something new so that the overall image changed considerably. I added collage pieces of flowers to repeat the theme of the flowers while also covering up what I didn't like while drawing attention to something new. NOW it is ready for a middle layer or artful reflection. 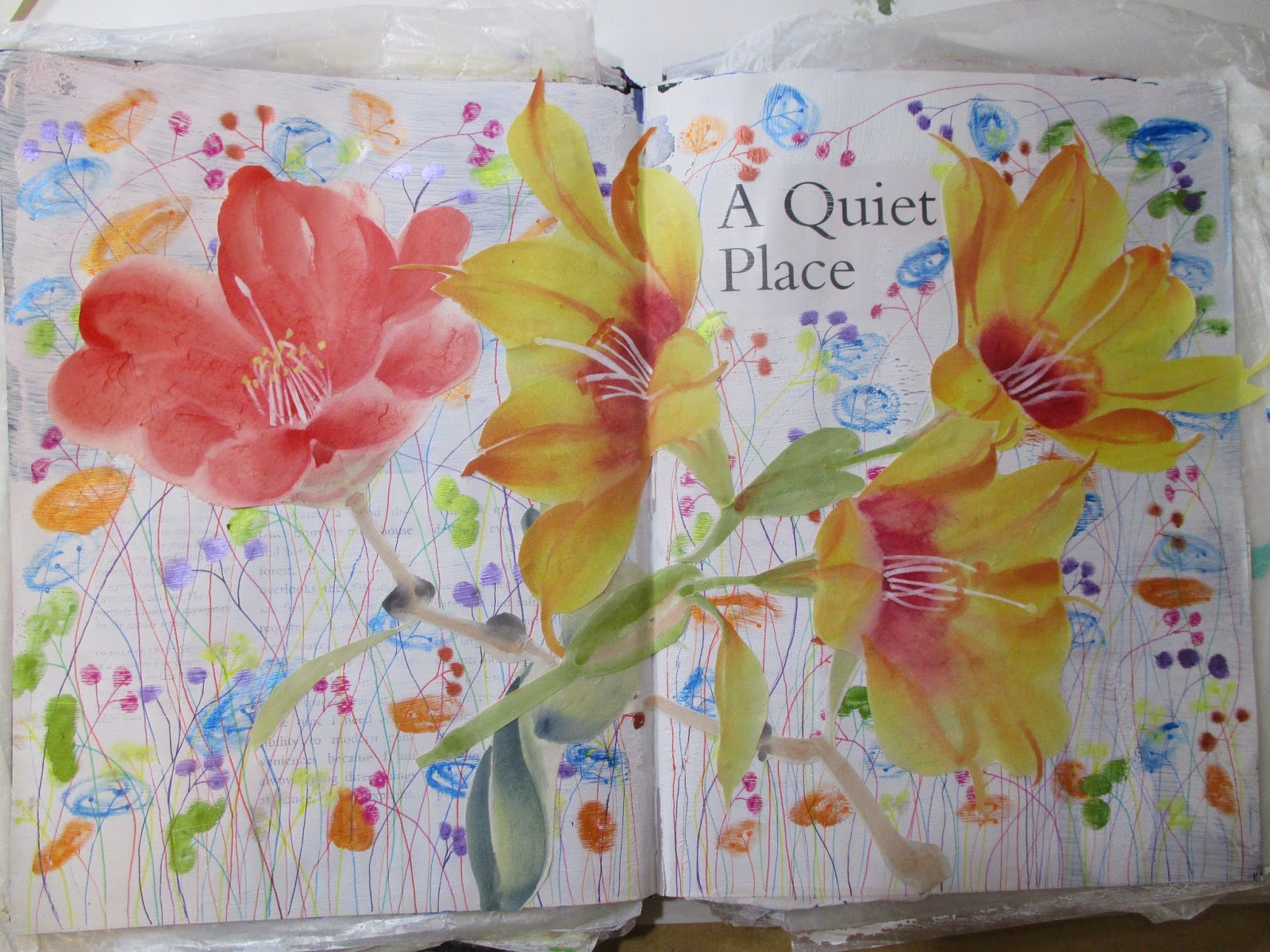