Modifying Art Tools & Supplies for Immigrant Art Inside a DetentionCenter 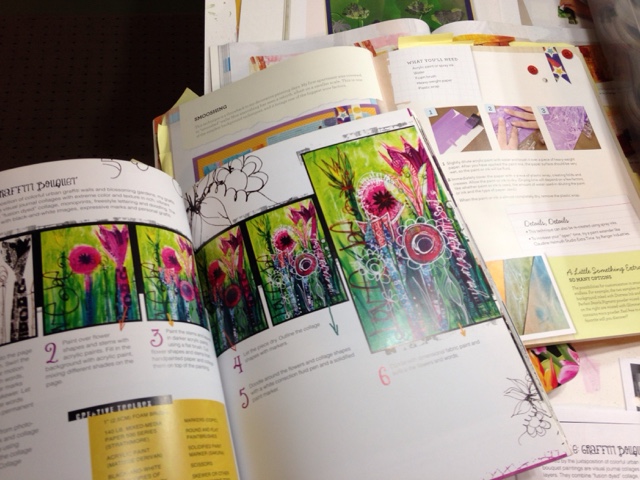 I modified the combined concept so it could be used within the parameters of a so-called family detention center. Limitations include no easy access to water; limited access to electricity (one outlet where I plug in one hair dryer to force dry the art); no scissors; non toxic materials; and generally 30-40 minutes per person to complete the project. Sabrina's detailed and beautiful example was gradually created over several days and includes materials and tools which could not be used inside the detention center. 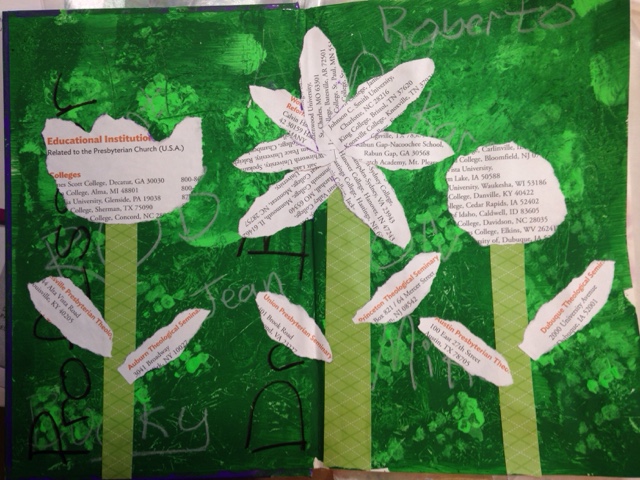 Instead of the detailed cut-work of Sabrina's example, the revised version includes hand torn shapes. (I later found a source for Spanish language newspapers and magazines for the women to use for their art.) 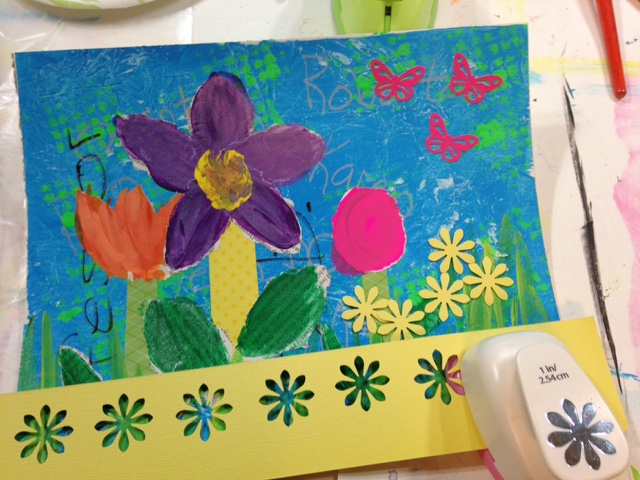